Nose for the Ball

Timing a photo at the just the right moment can transform an ordinary moment into a dramatic picture. 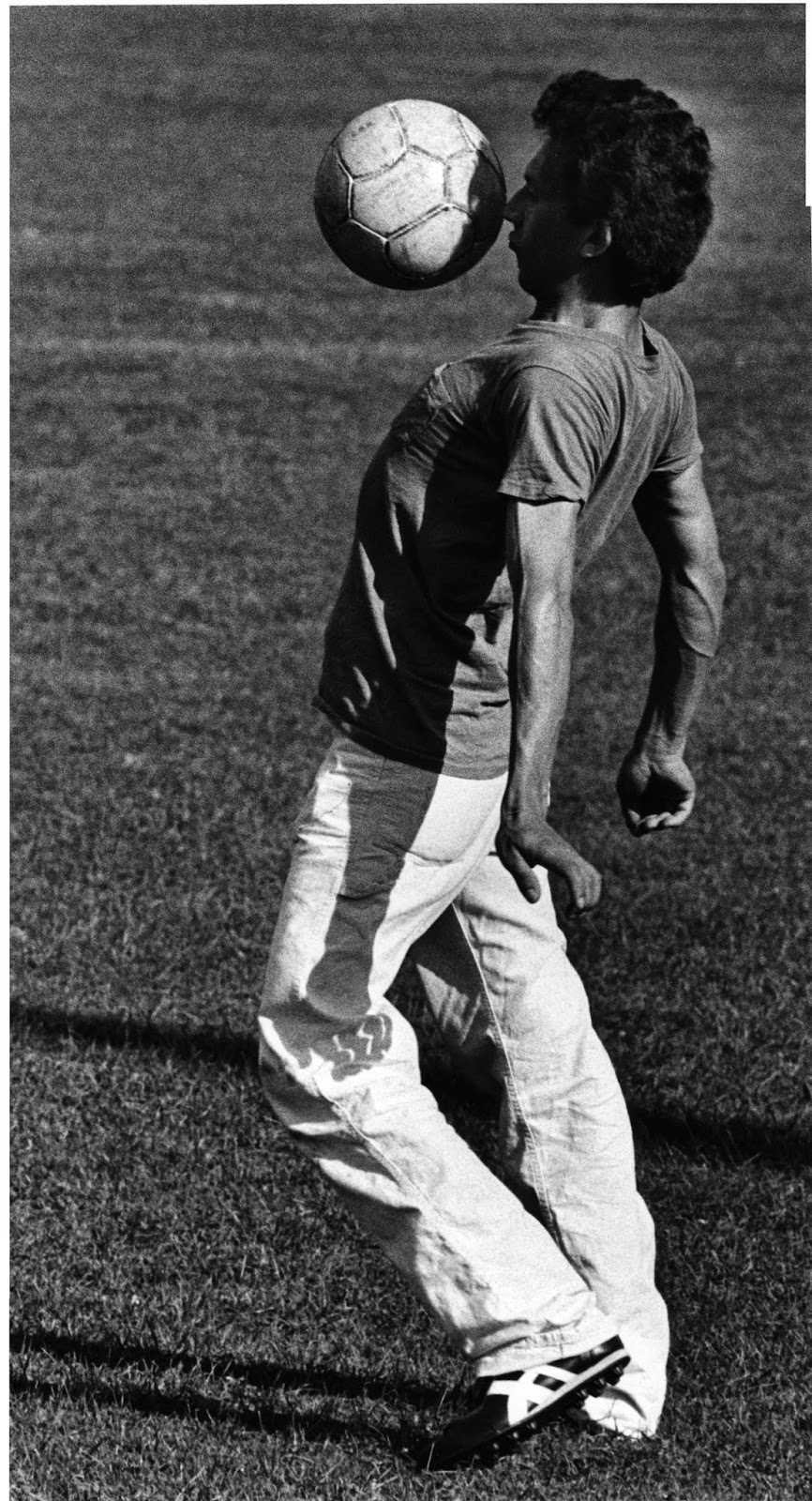 The Photo:
This is a perfect example of how a great photo can sometimes come along when you least expect it.  I was searching for an interesting picture, struggling to find something worthwhile.  Twice I passed this young man in the park kicking a soccer ball around by himself.  I didn’t see anything else inspiring, so I decided to see if a compelling photo could come from this lone soccer player practicing.  I got out my long lens and watched him for a few minutes, but really didn’t think there was a good picture there.  Nevertheless, I shot a few pictures, stopped, then began photographing again when he kicked the ball over his head a few times.  I captured several shots of the ball sitting on his head, then rolling down his face.  I figured I had an OK photo, and was pleasantly surprised when I discovered I had this image of him balancing the ball on his nose, a far better shot than I ever expected I had.
3 Tips:
1) Sometimes you get lucky and come away with a stronger photo than you think you have.
2) If someone is practicing their sports activity, shoot the normal activity, but watch for the ball in unusual places, or the athlete doing difficult athletic feats.
3) Balancing the ball or seeming to defy gravity are two of the top pictures you can capture.